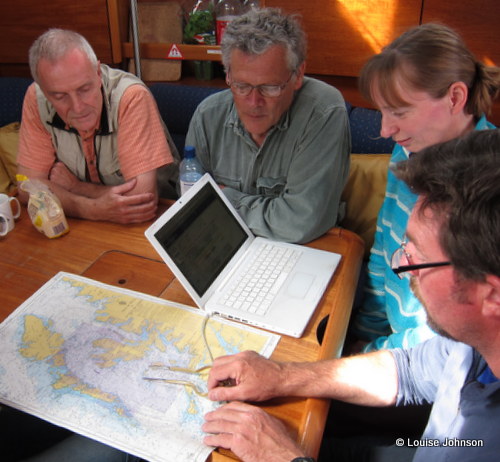 We’re coming up to the start of our third year of basking shark surveys in the western isles of Scotland later in July, and we’re really looking forward to it.

The first two years went well, and we more than fortunate with the weather on both occasions – let’s hope the weather Gods smile on us once again.

We’ll also be taking an active part in the Sea Watch Foundation’s National Whale and Dolphin Watch, which takes place between the 27th of July and the 4th of August. This is also your chance to join volunteer researchers in Britain’s No 1 cetacean event around the UK, and help develop a greater understanding of their numbers and distribution in our waters. Many of our WiSe accredited wildlife watching boat operators will be taking part, too, to help you get out on the water, so don’t miss out.

We’ll be keeping in contact with our friends and colleagues from University of Exeter who will be conducting a second year of a basking shark satellite-tracking programme centred on the two established hotspots around Coll & Tiree, and Hyskeir & Canna. Last year, one of the sharks tagged followed (!) our travels south by heading down to the Canary Islands – where will this years sharks go?

We’ll try and post an update at the end of each of the two weeks we’ll be out and about, to keep you updated on our activities – hopefully the sharks will be co-operative, as before and we’ll have so much to tell you. Wish us luck!