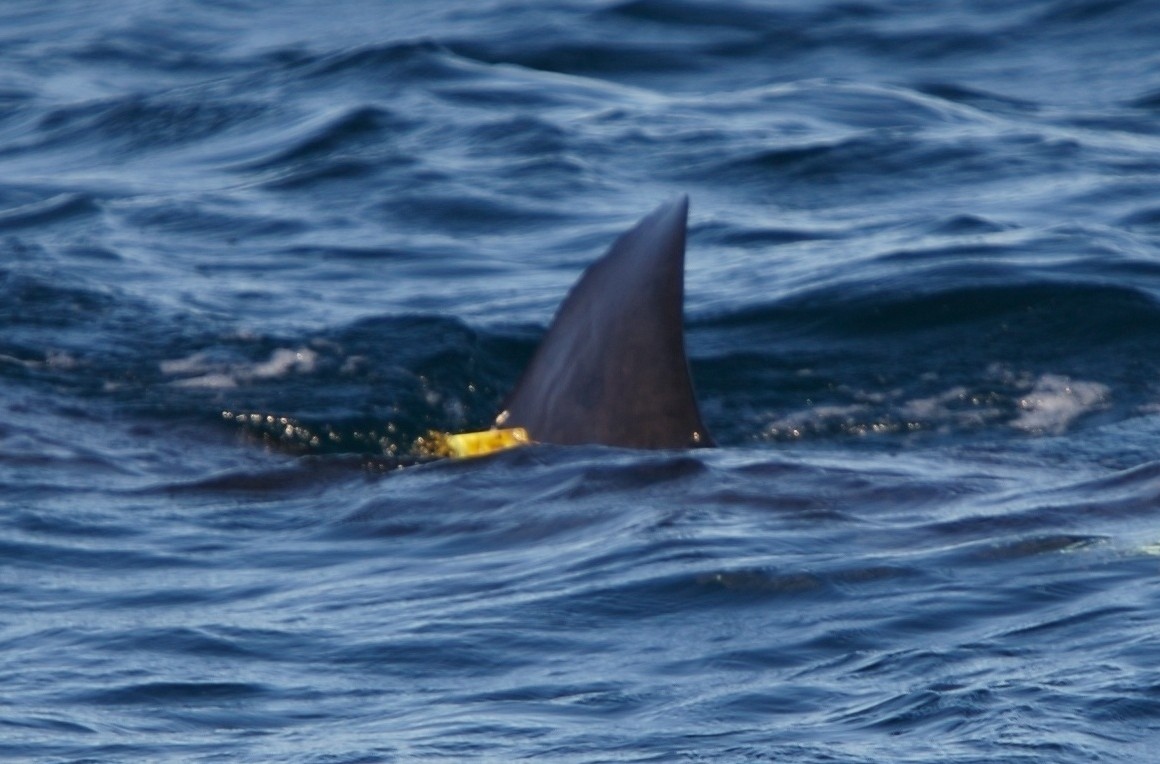 As you walk along the beach or maybe even go out on the water during these last precious weeks of summer, keep an eye out for any tags that could have come off a tagged marine animal, or might even still be attached to one.

There are several research projects around the UK and Ireland who have deployed tags on basking sharks this summer, in an attempt to better understand their distribution and characteristics. These tags are generally designed to stay on the animal for only a few months, but during that time can collect or transmit valuable information on an animal’s range, movements and behaviour. Some satellite tags typically provide data as soon as they’re deployed whenever the shark is swimming at the surface, but a wealth of information (such as swimming depth, temperature) can only be gained if the satellite unit is returned to the owner – and sometimes there may be a reward for their return!

The tags can be simple pieces of highly coloured plastic or more complex satellite tags that contain a backlog of information in their tiny cases. All tags usually contain some form of ID number and the contact details of the organisation that deployed them. For an example of what the tags look like, see here.

If you find or sight a plastic tag, simply contact the organisation noted on the tag (and return the tag if detached), as you’ll help them determine how far an animal might have ventured, especially if there have been repeated sightings of the same animal/tag. If you find a satellite tag that has detached from an animal, contact and return the tag to the originating organisation; by doing so, you’ll allow them to extract a huge amount of information contained within the integral recording mechanism.

We have friends and colleagues who have been involved this summer in deploying tags of various sorts specifically on basking sharks. See the following links for further information on their tagging projects and what they will do with the data collected.

An interesting anecdote:  We once discovered a plastic tag on a basking shark in Scotland, but not in the way you might imagine. At the end of a long day’s sail in the Inner Hebrides, we had a brief encounter with a solitary shark off the western entrance to the Sound of Mull. As usual, we noted down useful observation info (e.g. the time, lat & long, size, behaviour) and took several photographs of the animal. Once we got onto a mooring in Tobermory, I was going through our photographs to see if we had any useful fin shots to use for photo-id, as we do for every shark sighted. My hopes weren’t high, as the animal hadn’t been very high in the water column; the dorsal fin had only just been breaking the surface. But I was staggered to discover when I zoomed into the fin image, that a yellow shape was attached to the lower rear of the dorsal fin. A tag! We were able to read that the tag had come from a tagging project in the SW of Ireland, and sent them an email the next day. What amazed both Colin and I was that we’d not noticed the tag at all when we were manoeuvring the boat around the animal to get our images.

So, keep your eyes peeled! 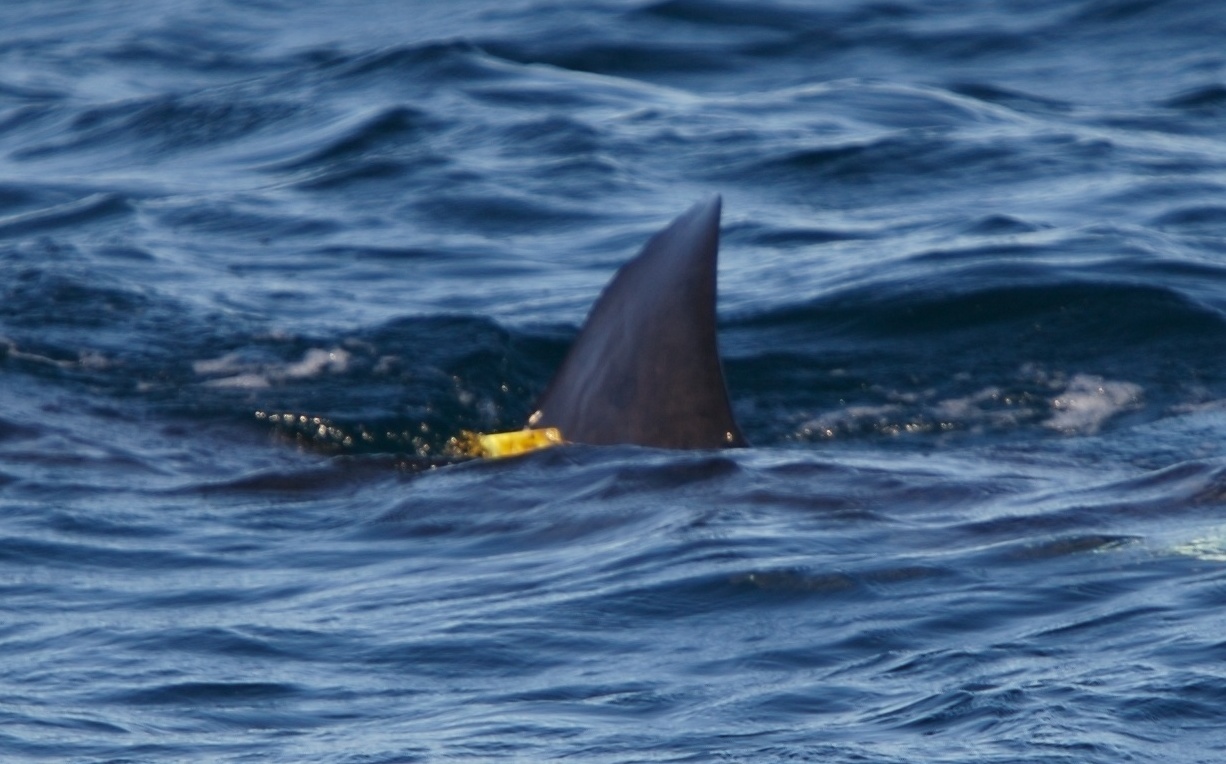